James Loeffler is the Jay Berkowitz professor of Jewish History at the University of Virginia, and the author of Rooted Cosmopolitans: Jews and Human Rights in the Twentieth Century (2018). He presented the annual Helen Diller Distinguished Lecture in Jewish Studies titled “The Right to Be Heard: Jews, Human Rights, and Global Democracy” at UC Santa Cruz on Wednesday February 20, 2019.

THI spoke with Loeffler about his book, the gap between the language of human rights and international law, the Israeli-Palestinian conflict, and what a non-Jewish audience might get out of his lecture. 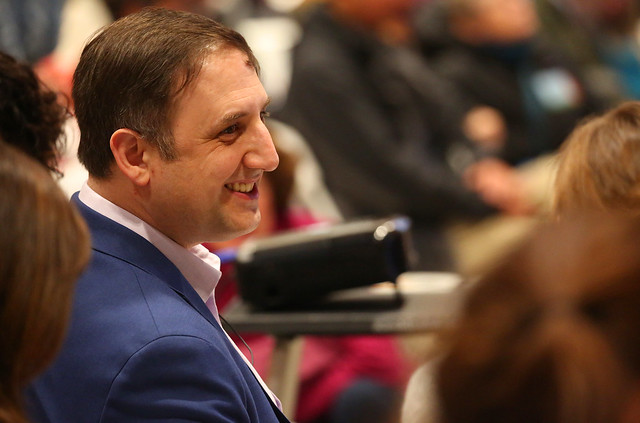 Your latest book, Rooted Cosmopolitans: Jews and Human Rights in the Twentieth Century, addresses Jewish involvement in the rise of human rights discourse and the creation of the Universal Declaration of Human Rights. Why is this issue important to discuss right now? To which contemporary issues does it link?

…Nationalism and internationalism grew up side by side in the twentieth century. That forces us to think anew about what failed in the Israeli-Palestinian conflict in 1948 and what is holding us back from a solution today.

We live in a world in which resurgent global antisemitism has reached shocking levels. At the same time, the Israeli-Palestinian conflict continues to rage unabated. The role of the human rights movement in addressing each of these two challenges has generated tremendous political controversy in Europe, the United States, and the Middle East. Some Jewish and Israeli leaders now view human rights organizations as antisemitic in deed if not in creed. Some human rights activists now call for treating Israel like a rogue state akin to Apartheid-era South Africa or even Nazi Germany. This extreme polarization has led to ugly debates and accusations of bias back and forth everywhere from college campuses to the halls of Congress. If we wish to pursue more reasoned, open conversations about the causes of antisemitism and solutions for combating it, we need to begin with some historical perspective on how we reached this point.

Last year marked the seventieth anniversary of the formation of Israel. What perspective does your work offer on the roots of the Israel-Palestine conflict? 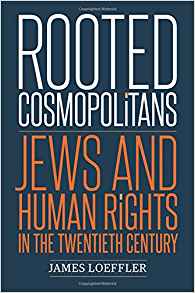 There is a tendency on all sides of the conflict to caricature Zionism as a reactionary political movement destined to clash with cosmopolitan values and international human rights. Many on the Left imagine Jewish nationalism is only a source of oppression and exclusion. Many on the Right assume liberal cosmopolitanism is an excuse to attack the nation-state and weaken Jewish security. My work challenges this false dichotomy in both directions. I show a different side of what Zionism looked like in the decades before and after 1948, especially in the work of Zionist human rights activists in Eastern Europe and the United States. These men and women pursued an interesting mission of nationalist internationalism that blended universalism and particularism in compelling and creative ways. The results of those labors were much of the human rights law that we have today. Retrieving their stories, including both successes and failures on the road to modern human rights, allows us to see that nationalism and internationalism grew up side by side in the twentieth century. That forces us to think anew about what failed in the Israeli-Palestinian conflict in 1948 and what is holding us back from a solution today.

Jewish and non-Jewish audiences are grappling with the core question in the book: How do we properly balance self and other, country and globe, and particular and universal, in a world now stalked by menacing populism and other forms of extremism?

You’re speaking at UC Santa Cruz on February 20, giving a talk entitled: “The Right to be Heard — Jews, Human Rights, and Global Democracy.” What do you intend for the audience to think through, engage with, discuss, and take away from this talk?”

We use the language of human rights today as a lingua franca for talking about global justice and democracy. But there is a gap between the idealistic language of human rights and the actual international system of laws and United Nations institutions that exist to protect and realize those rights. It is very easy to have your rights violated around the world. It is much harder to get the world to pay attention and do something about those violations. We routinely speak of giving everyone a voice and recognizing the human dignity in every person. Yet we lack an international means by which to really hear those voices and respond as a global community to atrocities and other human rights violations. That is because our world is still a world of states where governments have immense power over the lives of their populations. In my talk, I want to ask: How did that gap come to be in the first place? What did the lawyers and diplomats who developed modern international human rights think they could do to ensure that people would receive the justice they seek and deserve? How did they imagine the right to be heard—and helped—in 1948? And what stopped the system from realizing that right?

The Diller Lecture series has been supporting Jewish Studies focused events at UCSC for over a decade. This year, the lecture aims to reach a broader audience. What do you think your work has to say to the Jewish community and is that different from how a non-Jewish audience understands these concerns? As you’ve been giving lectures and touring with your book, have you seen different responses from Jewish and non-Jewish audiences?

Jews have a particular investment in the story of human rights because of the ancient religious imperative to seek justice and the more recent trauma of the Holocaust. Yet in our world those “Jewish” lessons of the Holocaust and religious ethics resonate deeply beyond the bounds of Jewish community. I have been struck by the fact that both Jewish and non-Jewish audiences turn to the Holocaust to explain human rights and think about injustice and violence today. Likewise, Jewish and non-Jewish audiences are grappling with the core question in the book: How do we properly balance self and other, country and globe, and particular and universal, in a world now stalked by menacing populism and other forms of extremism?

James Loeffler has recommended two readings to accompany his lecture: “Human Rights in History,”at The Nation,  and “The Strange Triumph of Human Rights,” by Mark Mazower.