On May 9, The Humanities Institute and Center for Jewish History event, Anti-Semitism and the Internet, drew over 100 people to the Computer History Museum in Mountain View. At the event, Nathaniel Deutsch and Rachel Deblinger, co-directors of the Digital Jewish Studies Initiative at UC Santa Cruz, traced how older forms of antisemitism have been reimagined in the internet age. The event explored the role of internet technologies to facilitate the rapid spread of bigotry and hatred and considered how scholars of antisemitism can work closely with members of the tech community to fight against this and related forms of hatred toward others. 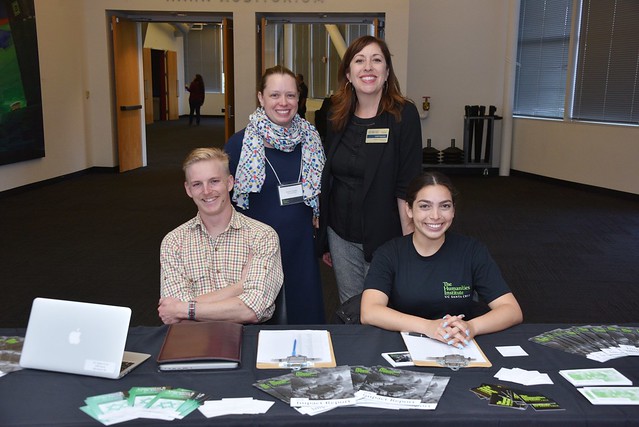 This is an urgently needed conversation and one that continues around the Bay Area and beyond. Two recent articles quote Deutsch and Deblinger to extend their conversation.

“In Pittsburgh, it was 11 elderly Jews. In New Zealand, it was 51 Muslim worshippers. In Poway, it was a 60-year-old wife and mother. All were killed in the last six months by white supremacists, racists and anti-Semites inspired by extremist ideology they found online and on social media.

…Online hate has been identified as a serious problem that has gotten out of hand. But whose is it to solve? Should the government step in more authoritatively, or do social media and tech companies need to take more responsibility? Do we turn to technological solutions or human ones? Or must speech be protected at all costs?

What to do about online hate is a knotty question at the crossroads of ethics and technology. “These are questions that, again, go far beyond anti-Semitism,” said Deutsch, who co-led a discussion called “Anti-Semitism and the Internet” earlier this month in Mountain View. “But anti-Semitism is a big part of it.”

Many individuals live a big portion of their lives online, and where people congregate, ugly behavior tends to rear its head.”

Rachel Myrow, “No Lone Shooter: How Anti-Semitism Is Winning New Converts on the Internet”
May 13, 2019 | KQED | Listen to the Story

“The man accused of killing a woman and injuring three people in a shooting at a Poway synagogue in late April is expected to appear in court this week to face more than 100 federal charges, including obstruction of the free exercise of religion and hate crimes.

John T. Earnest, 19, allegedly acted alone, but he posted an anti-Semitic “open letter” on 8chan, in which he credited the online forum famous for anti-Semitic conspiracy theories for helping to shape his views. He also expressed the hope his actions would serve as inspiration for a new set of memes to spread these ideas.

Conspiracy theories have been at the core of anti-Semitism, and the internet is a fertile breeding ground for conspiracy theorists. Exactly how this genre is evolving was the subject of an event held last week at the Computer Science Museum in Mountain View by UC Santa Cruz’s Data and Democracy initiative.

She argues, as do others, that social media platforms of all kinds are effectively resurrecting and refreshing ideas and visual tropes — or “memes” — stemming back to Medieval Europe.”

Read the full article and listen to the broadcast online >